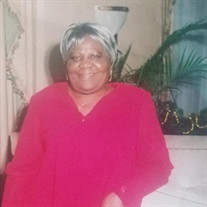 The Barclay, Seth, Weeks and Johnson families along with Christ Empowered Ministries and Shepherd Int'l Outreach Network regret to announce the passing of Ms. Robertetta P. Barclay affectionately called "Ma RB" on Tuesday, February 2nd, 2021 at her home in Dallas, Georgia after a protracted period of Illness. A devoted woman of God, mother, grandmother, greatgrand mother who touched the lives of many along her life's journey. She exemplified the true meaning of Matthew 5:16 that tells us to let our light shine before men so that they may see our good works and glorify God. Ma Robertetta lived in Gardnersville, Liberia for many years and served in the Liberia Police Force assigned to the fingerprint section. She later worked with the Liberia Amusement Limited (LAL) serving in Bomi Hills, Buchanan and Monrovia (Relda and Gabriel Cinemas). Before migrating to the United States, her last place of employment was with Water and Sewer where she served as a cashier. Ma Robertetta was a staunch member of the Little White Chapel in Logan town, Liberia where she served on the Missionary Board. At the time of her passing, Ma Robertetta was a member and the CFO of Christ Empowered Ministries, Hiram, GA as well as a member of the Shepherd International Outreach Network. Ma Robertetta migrated to the United States in 1990 during the civil war. She resided in Chicago, Il and later moved to Atlanta, Georgia in 1994. She is survived by her two daughters; Cynthia Fatu Macavoi and Sylvia Anita Talhouk; siblings: Sarah Barclay Kofa, MacArthur Wolo, Annette Barclay, Winston Barclay (Sophie) and Piso Barclay Blamo (Dklon); Sister in law: Pearline Johnson, Foster sister: Famatta Dunbar, 6 Grandchildren: Cynthia Clemens, Gifty Greene, Clarice Greene, Ayana Martin, Alexandria Pierre and Robert Pierre, Greatgrand Children: Eric Gbatu, Milton Gartah, Anthony Hamilton, Galvin Hamilton, Ethan Greene and Chance Greene, Great great grand Children: Ericlyn Gbatu and Otis Gartah. Also surviving Ma Robertetta are her many nieces, nephews, cousins and a host of relatives in Liberia and the United States of America. Mama Robertetta was a loving mother who adopted so many foster and spiritual children everywhere she went; Winder, Ernest, Stephanie, Roberta, Mary, Oretha just to name a few. Her son: Adlai "Boy" Clemens, Sisters: Swedee Weeks and Elizabeth Taylor, Brother: John Bosco Johnson predeseased her. Mama Robertetta will be missed by all. We grieve but not without hope because we know that though her light has gone dim in this earthly realm, it will continue to shine forever in the hearts of those who lives she impacted. Rest in peace Ma RB, gone but not forgotten. Your memories will be cherished forever. A virtual night of praise and reflection celebrating RB on Zoom Friday, February 19th, 2021 - 6pm to 9pm Eastern time Zoom: ID 991 829 1934 Pin# 021921 Saturday, February 20th, 2021 Viewing - 9AM to 10:30AM Funeral Service - 11am to 1pm Location: West Cobb Funeral Home and Crematory 2480 Macland Road, Marietta, GA 30064 Internment Mount Harmony Memorial Gardens 581 Veterans Memorial Hwy SE Mableton, GA 30126 Very Important: There is a 50 person limit. Therefore the funeral service will be open to immediate family. However, during the viewing the funeral home will do a 50 persons at a time rotation. After the viewing, sympathizers are welcomed to sit in their cars and watch the live stream in order to follow the procession to the grave for the burial portion. Mask and social distance rules will be adhered to at the grave: however, there is not a limit of number of people since it's outdoors. Please call one of the contacts if you have questions. Thanks Contacts: Cynthia Fatu Macavoi 678-598-0109 (Daughter) Sylvia A. Talhouk 678-758-3163 (Daughter) Gifty Dede Greene 770-899-8927 (Grand Daughter) Sabra Kofa Dunn 404-408-1464 (Niece) Ernest Talhouk 678-644-7735 (Foster son)

The family of Robertetta Piso Barclay created this Life Tributes page to make it easy to share your memories.

The Barclay, Seth, Weeks and Johnson families along with Christ...

Send flowers to the Barclay family.