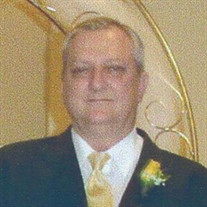 Robert Lewis Dalton, age 65, born May 28th, 1955, passed on November 17th, 2020 in Austell, Georgia. A Memorial Service will be held at 2:00 pm on Friday, November 20, 2020 at West Cobb Funeral Home and Crematory Chapel in Marietta, GA. Preceded by his parents and brother Bobby, survived by brothers Paul and Terry; sisters Cathy and Susan; his three children, Heather Brook Dalton, Haley Melissa Heath, and Clayton Robert Dalton; son-in-law, Cory Heath, daughter-in-law, Lauren Dalton; grandchildren, Addison Hope Dalton, Hunter Elijah Dalton, and Luke James Heath. After marrying the mother of his children in 1979, Robert started his own auto repair shop in Mableton, GA. He worked tirelessly for 30+ years to provide the best for his family and by the grace of God, his business and his family were blessed. Robert’s giving nature didn’t end with his family, God gave him a heart for helping others and he cheerfully gave in whatever capacity was needed. When he wasn’t working, you could usually find Robert snoozing in front of the TV with classic sitcoms playing in the background or out in the backyard building a tree house, and swinging the kids on the best rope and one piece of wood swing ever made. Robert loved taking his family on fun trips whether a day in the mountains or a week at the beach. He had a wild side as well as well. Some weekends it was just him and his Harley riding through the mountains. Later years, snoozing in front of the TV was still part of his routine, but he was now a papa ready to play with granddaughter Addi and grandson Hunter; and a few years later with grandson Luke. Though the last few year’s were a little rougher on Robert, one thing remained the same, his love for God and his family. Robert, Dad, Papa - you will be missed. The family will receive friends on Friday, November 20, 2020 from 1:00 pm until 2:00 pm at West Cobb Funeral Home and Crematory in Marietta, GA.

The family of Robert Lewis Dalton created this Life Tributes page to make it easy to share your memories.

Send flowers to the Dalton family.