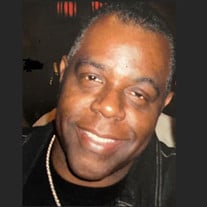 Richard Anthony Goode III, of Powder Springs, Georgia, passed away on January 17, 2022 at the age of 62. Richard (Skip) Goode was born in Boston, Massachusetts, on June 21, 1959, to parents Richard and Ruby Goode. He went to Boston College High School in Boston, Massachusetts, where he excelled in his studies and was a member of the BC High School Eagles football team. He subsequently went to Northeastern University in Boston for college. He was a member of the Northeastern Huskies football team and was a host on WRBB 104.9, a student-run radio station. Skip joined the Beta Alpha Chapter of Phi Beta Sigma Fraternity, Inc, during his matriculation. He earned a B.S. in Marketing from college. Skip loved music, and in his college years and his early twenties he spent his free time as a DJ and a promoter for local concerts and parties in Philadelphia and the Boston area. He married Letia Spencer on May 21, 1988, and in 1993 they relocated to Georgia and raised two beautiful girls, Alexys and Sydnee. Skip and his family joined Mount Sinai Baptist Church in Austell, Georgia, in 1995, which eventually became Destiny World Church. In 2001, he was ordained as a Deacon and dutifully served his church. Skip was a people person who showed warmth, friendship, and compassion to everyone. He was well suited for the role. Skip launched his own branch of First Metropolitan Mortgage in Marietta, Georgia, after working in the mortgage and banking industries for several years. He pursued a profession in mortgage lending, where he was able to further his love for assisting others in realizing their goals. Skip is survived by his wife, Letia, his daughters Alexys and Sydnee of Georgia; his brother, Armando DeLeon, sister Carmen Goode and nephews Christian and Tony Goode of Massachusetts. His memory will forever be cherished by his wife, children and a host of nieces, nephews, family and friends. The family requests that those who wish to express sympathy consider making a donation to the National Kidney Foundation using the following link. https://team.kidney.org/campaign/Richard-Skip-Goode Then he said, "Jesus remember me when you come into your kingdom." Jesus answered him, "Truly I tell you, today you will be with me in paradise." - Luke 23: 42-43

Richard Anthony Goode III, of Powder Springs, Georgia, passed away on January 17, 2022 at the age of 62. Richard (Skip) Goode was born in Boston, Massachusetts, on June 21, 1959, to parents Richard and Ruby Goode. He went to Boston College... View Obituary & Service Information

The family of Richard Goode created this Life Tributes page to make it easy to share your memories.

Customized sympathy cards. Mailed for you.