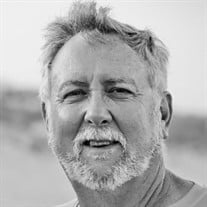 Philip "Phil" Anthony Psaila, 69, of Kennesaw, Georgia, passed away on March 1, 2021 after battling COVID-19. Phil took his last breath with his wife, Kathy, holding his hand as she has for the last 50 years. He is survived by his daughter Maggie (Psaila) Abdallah and her husband Samir, son Joseph Psaila and his wife Julie, and adoring grandchildren Walker Abdallah, Ani Abdallah, Trent Psaila, Colin Psaila, and Audrey Psaila. He is also survived by his brothers Warren and his wife Anka, Michael and his wife Sheryl, and sisters Denny and Mary, and many loving nieces, nephews and extended family and friends. Phil was born August 11, 1951 in Chamblee, Georgia to George and Margaret (Denny) Psaila. He graduated from Tucker High School and later from Georgia Southern College in 1974. He met his wife Kathy while at college and they were married a month after graduation. He spent the next 31 years, first as a lab technician and later as a Project Manager, for the engineering firm, Professional Service Industries, Inc. (PSI), until his retirement in 2006 after his first grandchild was born. He quickly realized that retirement would be best spent laughing, playing, and exploring with his grandchildren. Phil was more than just a loving husband, father, "Pop Pop", and friend to so many – he was everyone's rock. He loved to sail and shared his passion with his kids and grandkids, was a natural golfer who patiently helped others with their game, and enjoyed traveling with his wife – even if it was only for a long, leisurely drive after running errands. He lived for his family and nothing brought more joy to his life than spending time with all of them together at the beach. He had a great sense of humor and you definitely knew when he found something hysterical by his deep, cackle of a laugh. A special thank you to the nurses and doctors at Kennestone Hospital's Intensive Care Unit for their loving care and support during his final days. They have been fighting this virus non-stop for over a year, and did everything they could while also treating Phil like one of their own loved-ones. He was a brave man, who always believed you should live life to the fullest, while also reminding us that God gifted us with a brain to use common sense. He always looked out for his family and friends, and made the decisions that no one else could bring themselves to make – even during his last moments on this Earth. As a tribute to Phil, the family is following his last wishes by delaying any formal ceremonies and gatherings until his loved ones and friends have had time to be fully vaccinated from COVID-19 and can gather safely. Details of arrangements for later this year will be updated with West Cobb Funeral Home. In lieu of flowers, contributions can be made to either MUST Ministries, 1407 Cobb Parkway NW. Marietta, GA (www.mustministries.org) or to the Saint Vincent de Paul Society of St. Catherine of Siena Catholic Church of Kennesaw, GA (www.stcatherinercc.org/st-vincent-de-paul-society) To truly honor his life and memory, please get the COVID-19 vaccine.

Philip "Phil" Anthony Psaila, 69, of Kennesaw, Georgia, passed away on March 1, 2021 after battling COVID-19. Phil took his last breath with his wife, Kathy, holding his hand as she has for the last 50 years. He is survived by his daughter Maggie... View Obituary & Service Information

The family of Philip A. Psaila created this Life Tributes page to make it easy to share your memories.

Send flowers to the Psaila family.