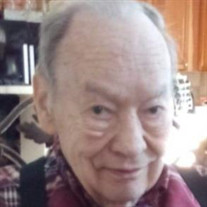 Luke Glenn Sawyer, age 78, of Kennesaw, Georgia passed away February 1, 2021. Funeral services will be held at 11:00 am on Saturday, February 6, 2021 at West Cobb Funeral Home and Crematory in Marietta. Glenn was a generous man who loved his kids and grandkids. No matter his health his primary focus was always the well-being of his wife, Carol. He would do for anyone the best he could if they were in need. He always had a welcome ear and advice if you wanted it. He didn't talk a lot but when he did it was because he truly had something heartfelt and genuine to say. Anyone would know if Glenn picked on you it was because he liked you. With his dry sense of humor you never knew what kind of comeback you were going to get- but he would keep you laughing. He did have a stubborn nature about him but that stubbornness is what kept him going for so many years with the multiple health issues he suffered with. His will to survive and be independent was one to admire and aspire to. That stubbornness came across at times as him a grumpy little old man but to know him was to love him. We would take grumpy any day now. He enjoyed time with his family, a good meal and loved his John Wayne movies and a wide range of music from Big Band to Gospel, from the Eagles to Queen, to Waylon Jennings. Anyone close to him certainly has a memory at one time or another of listening to music with him. He wore many titles: dad, pawpaw, grandpa, cool hand Luke and bestest buddy. He answered to them all with a smile on his face. He is survived by his wife of 56 years, Carol Sawyer; His son Tony Sawyer and his wife Connie; His daughter Cindy Bearden and her husband Kevin; 8 Grandchildren, Travis Sawyer and fiance Kira Midland, Amanda Harvey and husband Earl Harvey, Caleb Sawyer and girlfriend Ekaterina Lindeman, Kassidy Bearden, Ashley Sawyer and boyfriend Brandon Turner, Shannon Krueger and husband Matt Krueger, Melissa Jarr and husband Chris Jarr, Kurt Patterson and girlfriend Belinda Syrett; 9 Great-grandchildren, Alivia Sawyer, Elliott Brooks Harvey, Cameron Luke Harvey, Matthew Patterson, Brett Krueger, Madison Lewitzke, Jax Lewitzke, Declan Jarr and Lila Jarr. He was born to Paul Odell Sawyer and Pearl Catherine (Rackley) Sawyer in Austell, Georgia. He had one sister, Harriet Faye (Sawyer) Webb and husband Bradford Webb of Anderson, SC. The family will receive friends on Saturday, February 6, 2021 from 9:00 am until 11:00 am at West Cobb Funeral Home and Crematory in Marietta. Graveside services will follow the Chapel ceremony for immediate family only. The family would request that in lieu of flowers, donations be made to Calvary Children's Home at https://calvarykids.org/donate/.

Luke Glenn Sawyer, age 78, of Kennesaw, Georgia passed away February 1, 2021. Funeral services will be held at 11:00 am on Saturday, February 6, 2021 at West Cobb Funeral Home and Crematory in Marietta. Glenn was a generous man who loved his... View Obituary & Service Information

The family of Luke Glenn Sawyer created this Life Tributes page to make it easy to share your memories.

Send flowers to the Sawyer family.