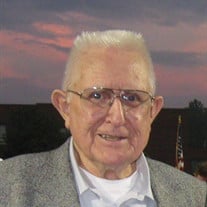 John Burr Willis, 90, of Chamblee, Georgia, passed away peacefully in the early morning hours on Sunday, June 5, 2022. John was born on October 22, 1931, to Jay Willis and Esther Gerhardt of Spokane, Washington. He met his future wife, Margaret E. McCartney, at a farmers Grange dance in Spokane. They were married for over 64 years during which they raised three boys and moved frequently, eventually settling in the Atlanta, Georgia area. He was preceded in death by Margaret - his life's soulmate - in 2020. John had a zest for learning and a proclivity for hard work, which he passed on to his family. After serving in the U.S. Navy, he studied Engineering Physics at the University of Washington while raising a young family. He then alternated working and going to school to eventually obtain his master's degree in Engineering. He spent his career - over 25 years - as a nuclear power engineer for the Westinghouse Electric Company. Throughout his career, he assisted in the startup and operation of nuclear power plants around the United States. When he was almost 50, he decided to go to Law School, where he obtained a degree of Juris Doctor from the Woodrow Wilson College of Law in Atlanta. A few years later, he passed the Bar Exam. Although in a technical profession, John had an artistic and playful side. He developed a reputation among his neighbors and friends as a talented gardener - particularly of roses, hydrangeas, and azaleas. (His daughter-in-law loved to confer with him about the latest rose-growing techniques.) He was passionate about the banjo and taught himself to play, enjoying in his later years composing music and holding "jam sessions" with friends or playing in an ensemble with his two granddaughters. He delighted in sending "singing telegrams" to his family to celebrate significant events and this mischievous side of him became an almost expected occurrence. John's love for gardening and music was only surpassed by his intense love of his family. Most recently, he had the pleasure of meeting his two newest great-granddaughters, born three months apart. John is survived by his two sons, Michael John Willis (Judy) of Powder Springs, GA and Kip Jay Willis of Atlanta, GA, two granddaughters, Katherine Willis Safon (Kévin) of Cormeilles-en-Parisis, France and Lauren Willis Murphy (Ryan) of Roswell, GA, and three great-granddaughters, Navie and Medli Safon of Cormeille-en-Parisis, France, and Margaret "Maggie" Murphy of Roswell, GA. He is predeceased by his wife Margaret, son Robert Willis of Providence, RI, his sister, Margaret "Marge" Smith of Spokane, WA, and his parents. Services will be held at 11:00 am on Thursday, June 9 at Lutheran Church of the Nativity in Austell, GA. Interment will follow at 1:30 pm at Kennesaw Memorial Park in Marietta. The family will receive friends from 10:00 to 11:00 am prior to the service. In lieu of flowers, the family requests that donations be made to a memorial fund in John's name at Lutheran Church of the Nativity, 2450 Clay Road, Austell, GA 30106.

The family of John Burr Willis created this Life Tributes page to make it easy to share your memories.

Send flowers to the Willis family.