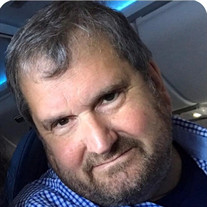 John Daniel Counce, a resident of Dallas, Ga., passed peacefully into eternity, on Mon., Dec. 20, 2021, at Wellstar Paulding Hospital, surrounded by his family. He was 66 years old. Dan was born in Memphis, Tenn., May 7, 1955, to the late Christine Daniel Counce and D. Shelby Counce. He is the brother of two sisters, Nancy (Kim) Gordon and Kathryn Black, both of Memphis, who survive. Dan was the beloved husband of Melissa R. Counce, to whom he was married on Dec. 11, 1993. He was a devoted father to Matthew (Stephanie) Allison, of Carollton, Ga. and Max (Leandra) Allison of Acworth, Ga.; and an amazing "DanPaw" to Ian, Chloe and Eason Allison, Nathan and Jonathan Davis. He is also survived by in-laws who loved and respected him, and a number of nieces, nephews, great-nieces and great-nephews. Dan was a graduate of the University of Tennessee at Knoxville, and had retired from Federal Home Loan Bank in Atlanta, Ga., as Senior Vice President. He was a member of West Ridge Church in Dallas. Dan's love for his family, and the generosity he extended to them was evident in all he did. He enjoyed golf, watching the Tennessee Vols play football, and fly fishing, in particular, but would not turn down an invitation to cast a line in a lake, stream or ocean, when the opportunity arose. He enjoyed traveling with Melissa, and through the years they were able to frequent many tropical destinations, often to the Gulf coast. One of his favorite places to be, though, was the lake house he and his wife built on Bear Lake in North Carolina, where he would sit on the back screened porch, to view the magnificent mountain view, or cruise the waterway on the family pontoon boat. He was an avid reader, and could easily carry on a conversation about a multitude of topics, always engaged in what others had to say. He possessed a quick, dry wit and enjoyed a good laugh. He will be forever fondly remembered, and deeply missed by those who knew him and loved him. Funeral services are set for Thursday, Dec. 23 at 11 a.m. at West Ridge Church, with visitation scheduled for 9-11 a.m. at the church location. Burial will follow at Kennesaw Memorial Park. In lieu of flowers, donations may be made in John Counce's memory to the Special Needs Building Fund at West Ridge Church .Online guest book at www.westcobbfuneralhome.com.West Cobb Funeral Home and Crematory is in charge of arrangements.

John Daniel Counce, a resident of Dallas, Ga., passed peacefully into eternity, on Mon., Dec. 20, 2021, at Wellstar Paulding Hospital, surrounded by his family. He was 66 years old. Dan was born in Memphis, Tenn., May 7, 1955, to the late Christine... View Obituary & Service Information

The family of John Daniel Counce created this Life Tributes page to make it easy to share your memories.

Send flowers to the Counce family.