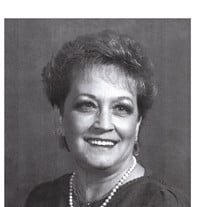 Obituary for Joan Chapman Lee Joan Chapman Lee, 83, died June 7, 2020. Born Mavis Joan Curruth on February, 14, 1937, in Marietta, Georgia. She graduated from Osborne High School in Marietta with the class of 1954. Joan had a beautiful alto voice and loved to sing with church and community choirs most of her life. She was an active member of Milford Baptist Church until moving away from the Marietta area. In 1955 Joan went to work at Lockheed Martin. Joan was promoted to assistant manager of the LGE Credit Union in 1971. She was active in women's business associations and credit union associations until her retirement from Lockheed Martin in 1992. Joan was preceded in death by her son, Horace Gregory (Greg Chapman), and by the love of her life, Louis Lee. Joan moved to Bent Tree in Jasper after retirement where she and Louis lived for a dozen years. After the death of Louis in 1995, Joan moved to Spring Hill, Florida where she made friends quickly. She traveled widely, played golf and was active in community activities. She spent the final ten years back in the Marietta area spending time with children, grandchildren and getting reacquainted with friends from school, church and Lockheed. Joan's love and generosity will be missed by her family that include step-sons, grandsons and granddaughters, daughters-in-law, sons-in-law, great grandsons and great granddaughters; Mike and Gayle Lee, Tony and Pam Lee, Michelle Puckett, Brian Lee, Eric and Katie Lee, Chris and Melissa Harper, Amanda and James Miner, Elaina Lee, Addison Lee, Hattie Harper, Luke Harper, Rylan Miner and Lyle Miner. Many friends will remember Joan fondly and miss her, too. The family would like to extend their heartfelt thanks to the many wonderful people at the Arbor at BridgeMill, Arbor Terrace East Cobb and Agape Hospice that loved and cared for Joan like family. A memorial service will be held at a later date.

The family of Joan Chapman Lee created this Life Tributes page to make it easy to share your memories.

Send flowers to the Lee family.