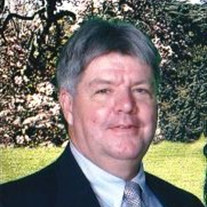 It is with great sadness that we report the unexpected passing of Jerry Mack "Coach" Pugh of Kennesaw, GA. on December 30, 2021. Jerry was born on October 2, 1946 in Auburn, Alabama. Competitive from the start, "Coach Pugh" as he so fondly became known, was born at Drake Medical Center at Auburn University, now known as AU Medical Clinic. He spent his early years in in Notasulga, AL prior to the family moving to Auburn. Coach Pugh was a naturally gifted athlete and excelled in football, basketball and baseball in both high school and college. After a knee injury in high school, Coach Pugh attended the University of Tennessee - Chattanooga for two years where he played football. He then transferred to Alex City Junior College for a year where he played basketball and was recognized as a Junior College All-American. Ultimately Coach Pugh transferred to Auburn University, where he played baseball. Later in life, Coach Pugh toured the southeast playing professional softball. Coach Pugh had a passion for encouragement, on and off the field and accordingly, graduated with a degree in education. He was an avid lover of all sports, but also history. As a teacher, he taught history, government and physical education and had a profound impact on countless numbers of students and athletes, several of whom maintained contact with him throughout his life. Coach Pugh's love of sports and his students resulted in him coaching virtually every sport that he could throughout his teaching career in Alabama and Georgia, including: football, basketball (boys and girls), track, golf, and baseball. In Alabama, Coach Pugh served as a member of the faculty and coaching staff at: Union Academy, Chambers Academy, Lakeside Academy, Macon Academy, Prattville High School, Auburn High School and Glenwood School. In Georgia, Coach Pugh coached and taught at: Riverview School, St. Francis School and Lockhart School. After ending his teaching and coaching career, Coach Pugh continued to remain close to the work he loved by working at Pinetree Golf and Country Club in Kennesaw. Not surprisingly, Coach Pugh was an avid and able golfer. As evident from his career, Coach Pugh had a great passion for playing, coaching, and watching all sports and teaching his students. Coach Pugh also had other passions that many did not know about. He was a self-taught musician, and learned to play the piano and guitar. He was also incredibly artistic, and excelled at drawing and sketching. He often jokingly referred to himself as a, "Jack of all trades, but a master of none." Coach Pugh was simply a lifelong coach and educator, who never grew tired of learning on and off the field. His talents, abilities and interests were vast and varied but his greatest love was his family, including his pets, and he enjoyed spending time with them. Jerry was preceded in death by his parents, Carl and Annie Ruth Pugh. Jerry is survived by his wife Tamsie Hayes Pugh of Kennesaw, GA.; daughter Jennifer (Hal) Swenson of Auburn, AL.; daughter Kim (Eddie) Davis of Franklin, TN.; grandsons, Jason (Megan) Hunt, Josiah Hunt and Bryson Davis, great-grandchildren Emma-Claire Hunt and Trey Hunt; and brother-in-law Rudjard (Lorraine) Hayes, of Senoia, GA. He is also survived by four younger brothers all from the Auburn area, Mike (Susie) Pugh, Dennis Pugh, Steve (Cindy) Pugh and Gary Pugh, several aunts, uncles, many nieces, nephews and cousins, a host of other relatives and an abundance of friends, former students and former athletes. A memorial service to honor the life of Coach Pugh will be held on January 8th at 2:00 CST at Cypress Hill Event Center in Auburn, AL. In lieu of flowers, tax deductible donations can be made in Coach Pugh's name to Royal Animal Refuge, in Tyrone, Georgia. Their website is royalanimalrefuge.org. Online guest book at www.westcobbfuneralhome.com.

It is with great sadness that we report the unexpected passing of Jerry Mack "Coach" Pugh of Kennesaw, GA. on December 30, 2021. Jerry was born on October 2, 1946 in Auburn, Alabama. Competitive from the start, "Coach Pugh" as he so fondly... View Obituary & Service Information

The family of Jerry Pugh created this Life Tributes page to make it easy to share your memories.

It is with great sadness that we report the unexpected passing...

Send flowers to the Pugh family.