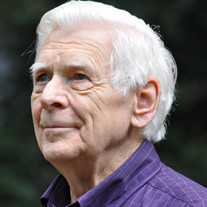 Gerald Koenig was born and raised in Brooklyn, New York during the tumult of the Great Depression and the Second World War that followed. His college studies were interrupted by the United States Army; during the Korean War he served in Germany as a Combat Engineer in the 1st Infantry Division (basically blowing things up, as he put it). He earned a BS in Industrial Engineering and Management from Brigham Young University and a MBA from Florida Atlantic University. Bringing business people and organizations together was a hallmark of Jerry's career. Work for the Bell System north of Manhattan soon led him to IBM's corporate headquarters in nearby Poughkeepsie, and he devoted nearly thirty years to the organization. In Miami he was a key influencer in IBM choosing Atlanta for their new regional headquarters, and in the site selection for their corporate campus on Northside Parkway. He moved there to direct its design and construction - and never left. (That "his" building is now a school - North Atlanta High School of the Atlanta Public Schools - brought him a distinct satisfaction.) As Jerry developed a speciality in conferences and business shows, he eventually struck out on his own. Together with his wife Sami, they co-managed a small conference management consulting firm for the final decade of his career. A lifelong member and devotee of The Church of Jesus Christ of Latter-day Saints, Jerry loves the restored gospel, spending endless hours learning its doctrines, and then teaching them with simple power. In the Church he served twice as a counselor in his local congregation's bishopric, twice as a high councilor in his stake (similar to a diocese), stake and local executive secretary, Sunday School president, choir director, an ordinance worker in the Atlanta Georgia Temple, gospel doctrine teacher, and youth Seminary teacher. Jerry understands the gospel principle that no success outside the home can compensate for failure within. More than any other accomplishment, he sought to be a worthy husband, a good father, and a humble elder and disciple of the Lord Jesus Christ. He is succeeded by his older brother, his wife Sami, two daughters from his first marriage, two sons, their spouses, fifteen grandchildren, at least ten great-grandchildren, and a host of nieces and nephews. In lieu of flowers, the family encourages you to donate to Smile Train (cleft palate remediation for underprivileged children) or Heifer International (providing livestock and agricultural training to end poverty). https://my.smiletrain.org/donation/donate/givenow?donation_level_id=3 https://www.heifer.org/give/index.html

Gerald Koenig was born and raised in Brooklyn, New York during the tumult of the Great Depression and the Second World War that followed. His college studies were interrupted by the United States Army; during the Korean War he served in Germany... View Obituary & Service Information

The family of Gerald Koenig created this Life Tributes page to make it easy to share your memories.

Gerald Koenig was born and raised in Brooklyn, New York during...

Send flowers to the Koenig family.