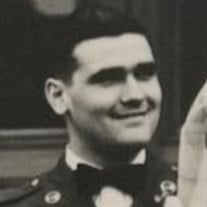 Charles Calvin Taylor was born in Marietta, Georgia, on November 29th, 1934. Mr. Taylor was raised in a humble home where he became a devout Christian and always followed the principles of his favorite saying, "I cried because I had no shoes, then I met a man who had no feet." He was a genuine follower of the Gospel and never drank or cussed. Charles joined the United States Air Force in 1953. The Air Force stationed Mr. Taylor in London, England, where he decided to go out for his favorite meal (a hamburger) and saw a beautiful woman named Shirley Olive Sharpling and fell in love. He told her that night that he was going to marry her. They were married in 1955 and had five children: Glenn, Edwin, Sharon, Beverley, and Matthew. The family returned from London in 1974 and they settled in Marietta. Upon the arrival of the Digital Age, Mr. Taylor was a step ahead as he became an entrepreneur and created his own computer business as the industry began to explode. Mr. Taylor worked as a Computer Technician until his retirement. He installed the first computer in Buckingham Palace and had many other jobs such as pumping gas and overseeing elections in Paulding County. Mr. Taylor was a father to everyone as his warm smile, contagious laugh, and his love of life were infectious. He improved the lives of everyone he met. Charles fought for his family and values and never stopped loving everyone despite their flaws or mistakes. He was famous for other sayings such as "Dear son, too bad, so sad, your dad!" and traveling in his white van to Coral Beach, Florida, Cherokee, North Carolina, and Pigeon Forge, Tennessee. He was well known for loving life's simple pleasures, such as cooking breakfast and sneaking off for hot dogs and hamburgers, especially while on vacation. He's survived by a brother, sons, daughters, grandchildren, and great-grandchildren. His family wants to thank him for his love, sacrifice, morality, and dedication to raising such beautiful grandchildren. He's preceded in his passing by the love of his life, Shirley Taylor, who passed away in February of this year. His family can be sure that he is naughty again and getting in trouble with the word a generation of kids have grown up hearing from Mrs. Taylor, "Chuck!" As his family grieves, they can take comfort in his most used phrase, "Well, that's alright." Goodbye to our father, grandfather, great grandfather, friend, our Grundy. We will miss you dearly. But we know you're making tea in heaven for Nan again. It's going to be alright.

Charles Calvin Taylor was born in Marietta, Georgia, on November 29th, 1934. Mr. Taylor was raised in a humble home where he became a devout Christian and always followed the principles of his favorite saying, "I cried because I had no shoes,... View Obituary & Service Information

The family of Charles Calvin Taylor created this Life Tributes page to make it easy to share your memories.

Charles Calvin Taylor was born in Marietta, Georgia, on November...