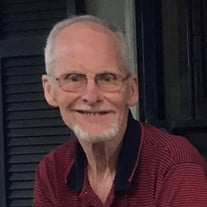 Charles "Chuck" Michael Gendron, age 77, passed away peacefully in his home in Marietta, GA, on October 16, 2021. Charles M. Gendron is preceded in death by his daughter, Angela Gendron; parents, John Everett Smith and Bernadine Zavasky; grandparents, Charles E. Gendron and Evelyn Marie Watters; and brother, Johnny Zavasky. Mr. Gendron was born on May 20, 1944, in Detroit, Michigan. After high school, he enlisted in the United States Navy and served aboard the USS Shangri-La. When returning stateside, Chuck settled in Birmingham, Alabama, where he lived for many years. In Birmingham, Charles owned and operated a successful Exxon service station. In his later years, he worked for Higginbotham Oil and Gas until his retirement in 2016. After retirement, Chuck moved to Marietta, GA, to be close to his children and grandchildren. Chuck will be remembered for his love of fishing, his quick wit, and his pride in his family. He is survived by his children, Dean (Susan) Gendron and Nicole (Stephen) Daniel, 5 beloved grandchildren; and his siblings, Gail Harrah, David Zavasky, Karen Fields, and Denise Zavasky. Online guest book at www.westcobbfuneralhome.com.

The family of Charles M Gendron created this Life Tributes page to make it easy to share your memories.

Send flowers to the Gendron family.