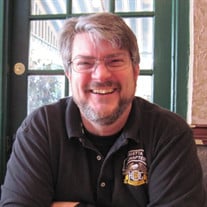 Athel Walker "Ace" Clemmer, Jr., age 67, of Powder Springs, Georgia passed away at home on September 13, 2021. He is predeceased by his parents Athel Sr. and Anna Clemmer. He is survived by wife Gladys with whom he created a blended family when they married almost 31 years ago; sons Athel W. Clemmer III, and Robert “Andy” Clemmer (Bobbie); daughters Liz King and Carolyn Smith. He is also survived by his siblings, Steven, Judi Lewis, George, and Jeff, many cousins and many nieces and nephews. Ace is the proudest grandfather of granddaughters Sawyer Grace (parents Andy & Bobbie) and Nikki Smith (mother Carolyn), and grandsons Jameson and Elliot King (mother Liz), Chris Smith (mother Carolyn), and Walker (parents Bob and Melissa Burgess), plus 3 great grandchildren. He is very proud of the time he spent in the Marine Corp (Semper Fi), after which he attended college and received a degree in Mechanical Engineering. Nearly all of his adult career was spent in the Aerospace industry, a major portion being at Lockheed-Martin in Marietta, GA. Nothing gave him more pleasure than mentoring younger engineers, helping them to learn to think about what they were designing, and not just doing something “because that was the way it was always done”. Ace lived a loud, boisterous life, and he absolutely insisted on being the life of the party. He genuinely loved people, always welcomed a spirited discussion, and was always ready with a joke, whether it was at his expense or someone else’s. He was his own person and he was a good man. After retirement, Ace was fortunate enough to take the ride of a lifetime on his Harley. He and several friends rode the entire length of Route 66, then a smaller group rode up the coast of California, Oregon, and Washington. From there, it was the Lewis and Clark Trail back to St. Louis, MO and after a quick visit with his son and family in Kansas City, it was back home to Powder Springs. Over 2 months and 18,000 miles. Ace’s Memorial Service will be held at 6:00 pm on Thursday, October 21, 2021 at West Cobb Funeral Home and Crematory Chapel on Macland Rd. in Marietta, GA. Visitation will be immediately prior, from 5:00 to 6:00 pm. Interment will be held at Georgia National Cemetery in Canton, GA on Friday, October 22nd at 11 am. Friends and family are invited to either or both services. In lieu of flowers, the family would love it if you would make a small donation to your favorite charity. Online guest book at www.westcobbfuneralhome.com.

Athel Walker "Ace" Clemmer, Jr., age 67, of Powder Springs, Georgia passed away at home on September 13, 2021. He is predeceased by his parents Athel Sr. and Anna Clemmer. He is survived by wife Gladys with whom he created a blended family... View Obituary & Service Information

The family of Athel Walker "Ace" Clemmer Jr. created this Life Tributes page to make it easy to share your memories.

Send flowers to the Clemmer family.